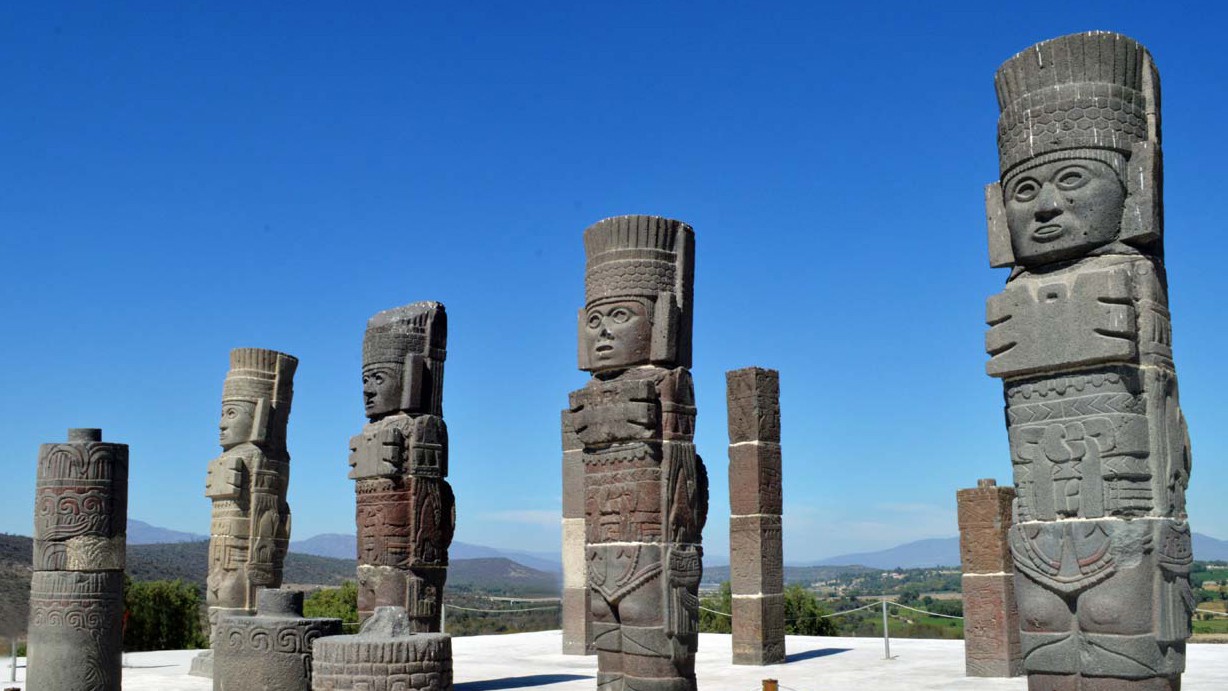 After the Late Classic period, the influence of Tula unified a vast territory through commerce and conquest. The extension of Its influence has been identified from the Bajío region up to the Yucatan peninsula, and even further south, to El Salvador and Nicaragua. Its first urban settlement corresponds to the so-called Tula Chico (Small Tula), where the first representations of Quetzalcóatl related to Venus appeared. It reaches its climax towards the Early Postclassic period, and the settlement known as Tula Grande (Big Tula) is built, and its commercial networks extend to Central America.

To get here, take Highway No. 57, take a detour in kilometer 77 toward the city of Tula de Allende. The access to the archaeological site is well signposted. From the downtown of Tula, take a bus to the entrance of the site. The bus goes to Actopan, Iturbe or Santa Ana.