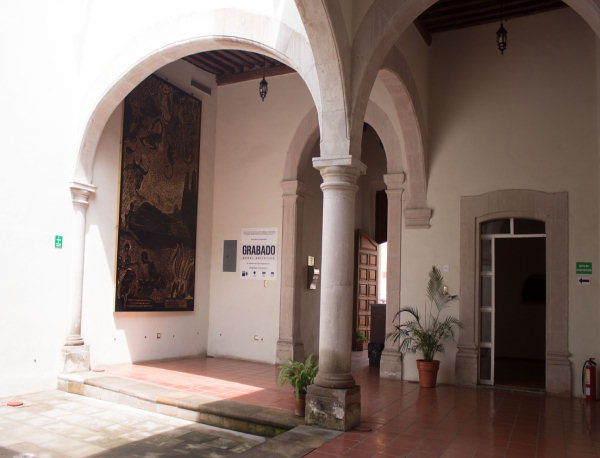 The building that houses the museum was built at the end of the 19th century by the Engineer Manuel Rangel. In the beginning was Mr. Enrique Rangel’s house, manager of the mine and Cerro del Mercado smelting. Later, it became an educational center under the management of Misses Rangel Pescador. In 1996 it went through a remodeling work supervised by the Architect Juan Águila opening its doors on October 31 that same year. The aim is to preserve and spread the work of 20th century plastic artists of the state. It has nine halls, library and bookstore. Some of the activities that take place are concerts, lectures, literary events, and plays. Theme: contemporary art. Kind: specialized.